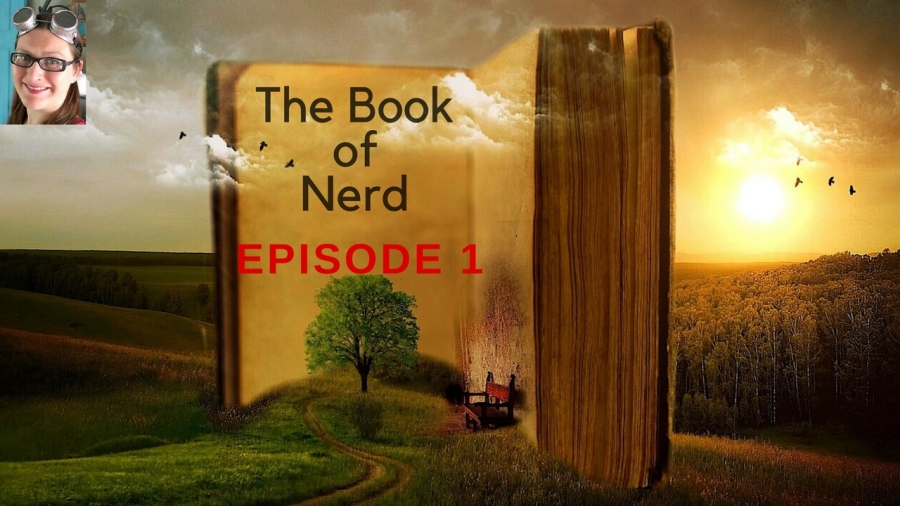 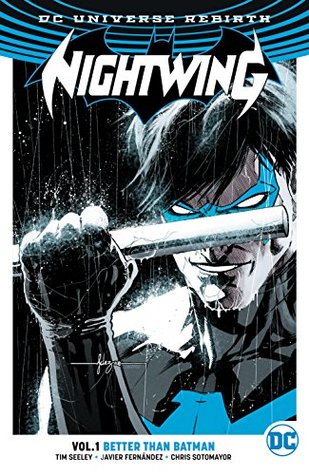 First Impressions:  I have been wanting to read a Nightwing graphic for a while. Nightwing is my favorite sidekick in the Batman Family. I loved him in Teen Titans and JLA. His character in the Battle of the Cowl was awesome. It was so cool to see Grayson take up the mantle of Batman. I have never read a pure Nightwing story. At comic book shops, I have thumbed through several graphics of his trying to decide which one to read first. A few weeks ago, I stumbled across this one. The cover drew me to the graphic. To be honest, I was hesitant to get Vol. 1, because it was a story from the Rebirth Series. I didn’t really know much about the rebirth series. I was afraid that they were going to be rebooting his character and wiping out all of his history. When a comic company does that I find it frustrating. I understand why they do that. They are wanting to draw in new comic book fans while not intimidating them with a lot of history. This is unfair to the comic book collectors in my opinion. For me, I like diving into a characters history and learning all about them. A character with a rich history is something that interests me when I am looking at new characters to collect. So, I was worried about this one. I took a look at the blurb on the the back. And Wow! It sounded cool. The Court of Owls! Okay, I was going to give it a try.

Art:  Fernandez did an amazing job on the cover and inside art work. The cover is what caught my attention in the first place. The art style was dark and gritty perfect for a story set in Batman’s territory. I loved his concept of Raptor. It really added to his character. Overall, the art work really amplified the mood of the story.

Story:  I read this story in two days. I could have read in one, but I had to stop to run errands. It was that good. I became engrossed in the story. Vol. 1 scored major points with me because it did not erase Nightwing’s history. Yea!! Instead they weaved where he has been and even his origin story into a tale of mystery. The history was well written, so you didn’t feel like you were reading a info dump. In the story, Grayson has just taken back up the mantle of Nightwing. He is determined that he will be the one to take down the Court of Owls. Batman and Barbara are worried that he may be too obsessed with their demise that he is dangerously toeing the line between good and evil. Both Batman and Barbara are worried that once he crosses the line and goes to far to the dark side he won’t be able to come back. Nightwing was in the grasp of the Court of Owls. He is able to free himself from their control without them knowing. Grayson uses this to his advantage and continues to work for the Court of Owls. In hopes, that he might be able to take them down from the inside. The Court becomes frustrated with Nightwing that he is not bad enough. The want to take Nightwing’s name and symbol of good and run it through the mud. To show that anyone can be bought by the Court. They force Grayson to team up with a man named Raptor. Raptor is an interesting character. On their first meeting, he tells Nightwing that he is better than Batman. After working with Raptor, Nightwing starts to wonder who this man really is. Is he friend or Foe?

Sequels:  There is a sequel, of course. It is called Nightwing Vol. 2 Return to Bludhaven. I will be picking this one up. Vol. 1 did end the story, but it left me wanting to know what Grayson is going to do next now that he has taken back up the mantle of Nightwing.

Recommendations:  I would definitely recommend this graphic to anyone that is a fan of Nightwing, DC, and the Bat Family. If you are looking for an entry into his story line, this is the perfect graphic to start with. I would, also, recommend it to anyone that loves comics, action, mystery, and a character trying to find their place.

Rating:  4 out of 5 stars. This graphic left me wanting more. The story did end, but I wanted to know what Grayson is going to do next now that he has taken back up the mantle of Nightwing. The story was well told. The art was great. I loved how it ended. Definitely a fun read.

Quote:  My actual favorite quote is in the last few panels when Bruce Wayne is talking to Nightwing. I can’t reveal that quote, because I feel that it may give away some spoilers. If you pick this up, just know I loved how it ended with Bruce Wayne’s dialog. Unfortunately, I can’t use the last lines as the quote from this graphic. As I looked through the story, I wanted to find a quote that I felt fit Nightwing. Often throughout the graphic, Grayson would say he was Nightwinging it. LOL! The quote I decided to go with was when Raptor and him had just finished fighting each other after they first met.

“One thing Batman taught me was don’t fight when a later dork will do.”

Thank you for reading Episode 1 of the Book of Nerd.